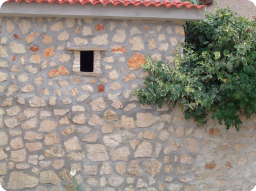 Croats probably first established a settlement on Silba in the 8th century. They were primarily concerned with livestock, being obliged to give a quarter of their produce to the noblemen of Zadar, since Silba was a colony of the city. From the 15th century, they engaged in fishing, and from the middle of the 16th century became involved in maritime activities. An important factor in this was the island’s position along the maritime route between Zadar and Venice. The first boat owner was Juraj Vinturić, and the first captain Grgur Matković.

During the 18th century, life on Silba was characterised by the transport of livestock from Zadar to Venice. The transport ships for livestock were called manzere (in Italian manzo means ox) and kastere (in Italian castrato means ram). The capacity of manzere was 60 to 100 oxen and for kastere it was 300 to 400 rams. This trade was very profitable. During the last decade of the 18th century, the transport of livestock to Venice was extended to Split, Trogir, Šibenik, Rijeka and especially Trieste, as well as further a field across the Mediterranean and oceans.

By 1806, Silba had over 200 influential ship owners and captains and over 150 sailing vessels for short and long distances, with a capacity of about 20,000 tons. This put Silba at the forefront of shipping in the Zadar archipelago, for which reason it was known as ‘Little Venice’.

Such progress led to the cultural development of the island, and besides a number of sacral buildings, the first and oldest seminary school in the Zadar archipelago was opened. The churches were decorated with works of art, including a piece by the Venetian artist Carlo Ridolfi, and four by pupils of Titian, all of which have been preserved.

The occupation of Dalmatia in 1806 by Napoleon, the continental blockade and piracy on the sea led to the complete reduction of shipping activities. This trend continued with the advent of competition in the shape of ships belonging to Austrian Lloyd and increasing numbers of steamers. Captains and sailors moved over to steamships in large numbers or emigrated to North or South America.

There is historical evidence that already by the second half of the 18th century, private nautical courses were being held on Silba. These were conducted by experienced captains like Jakov Ferara, Bartul Supičić, and Frano Lovrović. From 1883 to 1905, one of the most prominent teachers was the sailor Antun Nakić.


Where to moor on Silba