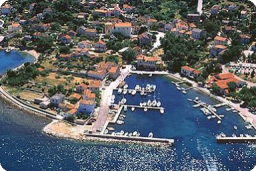 PROJECT - SAILING WITH THE DEAF AND THOSE WITH IMPAIRED HEARING

The project "Through the silence with the wind" is a joint action started in 2002 by the Adriatic Skippers’ Association and the Deaf and Impaired Hearing Association of Primorje-Gorski Kotar County. It is a unique project in Croatia and, as far as we know, in the whole of Europe as well. Its main goal is to create a new sign language to enable people with impaired hearing  to actively participate in recreational and also more demanding competitive sailing.

The aim of the project is also to make everyone in the community more sensitive towards deaf people. In the project, we create opportunities for deaf people to socialise with people with good hearing and break down the barriers between these two groups. We all know that recreation and sport are among the most important psycho-physical activities in the healthy development of any person. Unfortunately, disabled people do not have access to certain sports, although they have very good results and success in those that they can do. Deaf and people with impaired hearing do not have any physical handicap and are therefore able to do most sports.

"Through the silence with the wind" is also the title of sailing workshops in Nerezine on the island of Lošinj that traditionally take place every third weekend in April. The April event is only the final activity of many that take place throughout the year, such as:

Sailing school for the deaf and those with impaired hearing.

A high quality and well-designed project like this one gives the deaf and people with impaired hearing from all over Croatia and other countries a chance of peer-to-peer participation in sailing as a recreational or sporting activity. We should not dismiss tourism as a means of integration for deaf people. The new sign language is to be used by deaf people from Europe who would learn it through an appropriate demonstration method. This is possible without any risk to the integrity of each national sign-language system. It is known that deaf people in Europe can exchange basic communication.

We announce with great pleasure that the Sailing workshop "Through the silence with the wind" was awarded first prize in a competition for best event which was run by Primorski Radio and called ‘the Adriatic Sail 2006’. It was sponsored by Primorje-Gorski Kotar County.  The project also received praise when it was introduced in Ibiza at the third transnational conference sponsored by an organisation called NOVA PEI at the beginning of April 2007. The topic of the conference was "Can tourism create opportunities for the integration of disabled people? (Social economy)". It was also presented at the Madrid Deaf People's Congress in the second half of July 2007.

The project was conceived as a humanitarian-educational-business project, unique not only in Croatia, but the region as well. The project now aims to create new signs and supplement current sign language in order to enable the active participation of deaf people in nautical tourism. It also aims to break down barriers between the deaf and those of good hearing. The latter is the priority of the project.


WHERE TO MOOR IN NEREZINE

THROUGH THE SILENCE WITH THE WIND